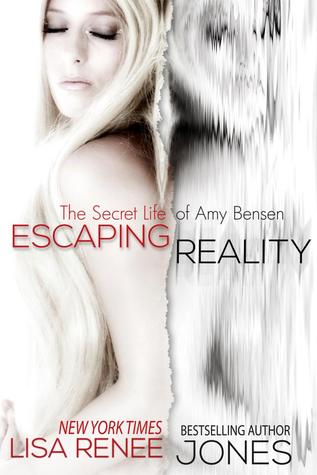 His touch spirals through me, warm and sweet, wicked and hot. I shouldn’t trust him. I shouldn’t tell him my secrets. But how do I not when he is the reason I breathe? He is what I need.

At the young age of eighteen, tragedy and a dark secret force Lara to flee all she has known and loves to start a new life. Now years later, with a new identity as Amy, she’s finally dared to believe she is forgotten–even if she cannot forget. But just when she lets down her guard, the ghosts of her past are quick to punish her, forcing her back on the run.

On a plane, struggling to face the devastation of losing everything again and starting over, Amy meets Liam Stone, a darkly entrancing recluse billionaire, who is also a brilliant, and famous, prodigy architect. A man who knows what he wants and goes after it. And what he wants is Amy. Refusing to take “no” as an answer, he sweeps her into a passionate affair, pushing her to her erotic limits. He wants to possess her. He makes her want to be possessed. Liam demands everything from her, accepting nothing less. But what if she is too devastated by tragedy to know when he wants more than she should give? And what if there is more to Liam than meets the eyes?

The first thing that crossed my mind the moment I finished reading the last word was “What a complete waste of my precious time.” No kidding. I still can’t believe I lost precious sleep over this. I had fair expectations of this book, but it completely devastated me how bad it felt for me. And it wasn’t because it was hard to read, but because how annoying the characters could be some times, and the plot. The plot was the killer blow.

We are met with Lara, AKA Amy for her well-being. She’s living with a fake identity in the hopes that she isn’t found and killed. But her handler, her guardian angel, found her. And if he finds her, the bad guys will too. This means she has to run away again and start a new life. On an airplane from New York to Denver, Amy meets the epitome of manly traits Liam Stone who instantly sweeps her into his arms, into a life of intense passion and desire she had never felt. Most importantly, they develop a trust like nothing Amy had experienced in six years since the horrible day that changed her life forever. Even with the raw sincerity, trust and honesty between the two, Amy is dubious as to what Liam means in her running-away life and the danger he means to her. Also, the things arranged by her handler are suspicious and make Amy more paranoid of a past she’s afraid of, and someone that wants to kill her and anyone that means a lot to her in the process.

I’m deeply conflicted about this book. I’m at the point where if I get a copy in my hands (not buying it) I’d rip the pages off, throw it in a bucket full of gasoline, and burn it while I laugh like a maniac in the middle of the night with popcorn to enjoy the destruction show of such a deception of a book.  Yes I went that far.

I’ll start with the few things I liked of the book. I liked how it was easy to grasp the idea the author wanted to give the readers, like the emotions, descriptions and that stuff. She used the words greatly where I could read the story and it would feel like I was listening a friend talk to me. On that I praise the author. Now to what I didn’t like.

First I’ll start with the characters. Lara aka Amy was a character I liked at first. She was someone who was afraid and desperate for a life–a stable life–to cling to. I felt emphatic for her and would crave for something better for her life. Until she became this woman who could forget whatever was happening in her chaotic life for the thrill of the moment of having glorious and passionate sex with Liam. Please.

I understand that she might have wanted it the first night, the second night too just to forget what was happening in her life. But it came to a point where it was annoying. She had no self-control of herself and Liam didn’t let her too. She was a paradox within herself. She would look like this woman in control of her life and emotions with the situation she’s living. She seems capable of doing decisions and all that stuff, but it crumbles instantly with Liam. What? Here is where my other problem starts.

Liam, what a prick and an asshole. As manly, seductive, eatable and delectable as he may seem in the story at first, I hated him to no end. Any nice thing I’d see one moment of him where turned to ashes the other moment. Possessive, arrogant, egocentric, whatever Amy or him tried to deny of him was in a way true. I would also be emphatic to him in some situations, but he ruined it because of this nymphomaniac beast that made Amy do some things unwillingly even as he said she had a choice. Choice was just a word there. Amy would also succumb quickly in the moment, the fight would turn to heated kissing and ultimately, oh what a surprise, more sex. What the heck was I even reading? Maybe the stories got mixed up, but no, it was all the “same” story. It was all constant sex and sex, oh hey I’m afraid and paranoid, Hey Liam let’s fight for stupid things we’ve already fought over, kiss, sex, pour our hearts out, repeat. Come on! You guys can be better than that.

Maybe it was what the author intended for the story to have. I can understand that, I usually try to think of that whenever I don’t like a book. But this, this simply wasn’t my kind of read. Maybe because I’m so young I think this way. Maybe some other people actually like this kind of thing. I don’t. Which is understandable since people differ in tastes, which is human and okay.

Now, the last thing I didn’t like. The rest of the other characters were okay I suppose, but we don’t know much of them. No that’s not my last problem, this is. The plot. Tadda! At the end of the book I don’t know what the heck is happening. Who is Lara aka Amy running from? Is Liam the bad guy? What makes her think that? What proof does she have so that she reacts that way in the end? It’s okay to leave some things unanswered in the end of a book, but this book took it a bit too far.

I felt beyond frustrated each time I saw that I was closer to finishing, how my Kindle said I was 98% in the story and nothing of what I was hoping for happened. Just something I found to be a pointless cliffhanger.  The book centers so much on Amy and Liam that the rest of the main plot doesn’t happen. When information of Amy was given, it was only a slip of a word in a thought, a confusing flashback, or nothing. It was mostly nothing. It felt like reading a big novella, an introduction to the real story.

My only motivation to read the sequel is to see if it gets any better than this one, which at least for me, was a big disappointment. Maybe, FINALLY, something good other then the “oh-so-passionate” sex happens, meaning an actual plot where I know what is happening and doesn’t only focus on one aspect of the story.

I don’t usually rant in reviews like I did on this, but I was so left down I just had to. It feels like giving a kid a candy saying is the best thing of the world and then it turns out it was rotten with dead ants. That’s a nasty picture but you get my idea.

PS. I just felt like using a lot of Sherlock GIFs on this review. Aren’t they awesome? 😀