“Waiting On” Wednesday is a weekly event, hosted by Breaking the Spine, that spotlights upcoming releases that we’re eagerly anticipating.

This week’s Waiting On Wednesday are: 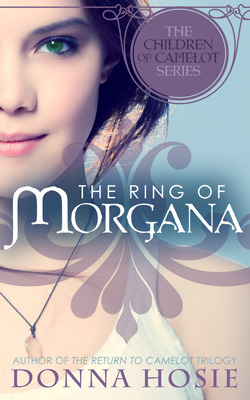 The Ring of Morgana by Donna Hosie

Sixteen-year-old Mila Roth wants to be normal. It’s a phrase that has been drilled into her by her mother since she was born.But Mila Roth is anything but normal. For sixteen years her parents have hidden a secret from her. For Mila was born one thousand years ago in the land of Logres, and far from being a math teacher and a housewife, Mila’s parents are the awakened King Arthur and Gorian druid queen, Morgana.Two worlds, one thousand years apart. And those worlds are about to collide.The spirit of the malevolent Lady of the Lake has been contained for sixteen years in the fabled Ring of Morgana. When the ring curses Mila’s younger sister, Lilly, the Roth family has no choice but to return Mila to the land of her birth as they face a battle against time itself.Accompanied by her best friend, Rustin, Mila will have to decide whether to defy those she loves in order to save her sister. Should she trust the Gorian druids and the mysterious Melehan? What is the true cost to Mila’s heart as she strives to master the purple flame? And why have her mother and father denied the truth of her origins for so long?For she alone has the combined power of royalty and druid magic within her.And now only Mila can save Lilly and Logres.

I LOOOOVEEEE the BBC show Merlin, so when I read the summary for this book, I knew I HAD to have it. I’ve never read anything by this author, but I’ve been told her other series is pretty good, too! 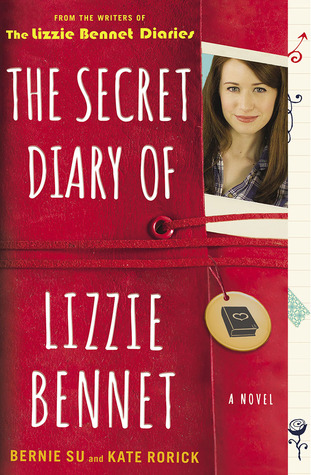 A modern adaptation of Jane Austen’s Pride and Prejudice based on the Emmy Award-winning phenomenon, The Lizzie Bennet Diaries.There is a great deal that goes into making a video blog. Lizzie Bennet should know, having become a YouTube sensation over the course of her year-long video diary project. The Lizzie Bennet Diaries chronicled Lizzie’s life as a twenty-four-year-old grad student, struggling under a mountain of student loans and living at home with her two sisters—beautiful Jane and reckless Lydia. What may have started as her grad student thesis grew into so much more, as the videos came to inform and reflect her life and that of her sisters. When rich, handsome Bing Lee comes to town, along with his stuck-up friend William Darcy, things really start to get interesting for the Bennets—and for Lizzie’s viewers. Suddenly Lizzie—who always considered herself a fairly normal young woman—was a public figure. But not everything happened on-screen. Luckily for us, Lizzie kept a secret diary.The Secret Diary of Lizzie Bennet provides more character introspection as only a book can, with revelatory details about the Bennet household, including Lizzie’s special relationship with her father, untold stories from Netherfield, Lizzie’s thoughts and fears about life after grad school and becoming an instant web celebrity.Written by Bernie Su, the series’ executive producer, co-creator, head writer, and director, along with Kate Rorick, the novelist, TV writer, and consulting producer on the series, the novel features a journal-entry format and design, complementing the existing web series, while including plenty of fresh twists to delight fans and new readers alike.The Secret Diary of Lizzie Bennet expands on the phenomenon that captivated a generation and reimagines the Pride and Prejudice story like it’s never been done before.

First of, ha I won you with this one Marianne 😛 Anyways, the moment I saw rumors of a book on Tumblr based on the YouTube videos of The Lizzie Bennet Diaries I almost died. When I saw in Netgalley and Edelweiss that you could request it, I hyperventilated for a while not believing my eyes. I loved the videos, full of humor, aw moments, and great insight on things of life through a twist to the all-known classic Pride and Prejudice. So, July, please arrive faster! I don’t want to start Senior year so soon, so my only motivation so far for Summer to go by is this book. I want it in my hands already!!!!

What are you waiting on? Let us know in the comments below!

8 thoughts on “Waiting on Wednesday (11): The Ring of Morgana & The Secret Diary of Lizzie Bennet”