Rose Hathaway is a Dhampir, half human-half vampire, a guardian of the Moroi, peaceful, mortal vampires living discreetly within our world. Her calling is to protect the Moroi from bloodthirsty, immortal Vampires, the Strigoi..

I know I am a little bit late to the party, but I was travelling from Orlando to Puerto Rico and I decided to watch this movie while on the plane. I was cringing so hard!

Okay so I had never heard of any of the cast members before, so my expectations were really low. Zoey Deutch was a good Rose, in my opinion, but she still wasn’t as good as Rose from the book. Her acting was nice, and she really knew how to channel her inner “badassness” but overall she didn’t “wow” me. I prefer book Rose much better. 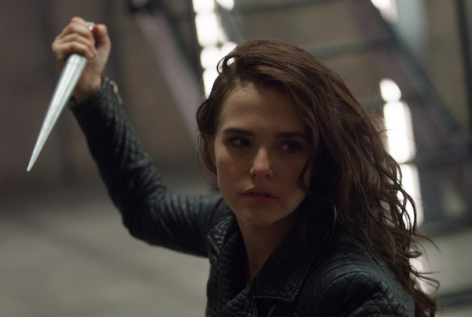 Lucy Fry (who was Lissa) I did not like at all. I have nothing personal against her, but she portrayed Lissa in a totally different way than in the book. Here she seemed kind of stupid and bitchy if you ask me. I didn’t connect to her, nor did I get why it was so important to protect such a snob like her. (Sorry :/)

Don’t even get me started on Dimitry! UGH. I think the actor tried his best but overall was cast wrong. Dimitri is not what I envisioned AT ALL and I don’t think he ever lived up to the Dimitri in my head. It was really sad since I was really looking forward to seeing Dimitry & Rose chemistry on screen. Shame. 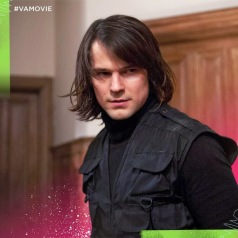 The only main character I actually liked was Christian. I’ve always loved Christian, so seeing him in the movie (and well portrayed) was definitely a surprise! I really enjoyed seeing that he was even a bit snarky and not as brooding as in the book!

The secondary characters all felt like they were cardboard cutouts of what the characters were supposed to be. I didn’t feel an ounce of fear for the antagonist, nor did I feel sympathy for any of the characters.

Almost NONE of the actors were all that good at acting out their part IMO, which led for the movie to seem forced and awkward.

Overall in terms of casting this movie could have definitely been better.

I don’t even know what to say honestly. While most of the elements of the book were here, nothing felt real, nothing felt good. Everything was left unsaid for the viewer to assume for themselves and if I hadn’t read the book I would’ve been so confused. They tried to deal with bullying, slut shaming, political drama, and angst, but it didn’t work for me. The acting also contributed to me feeling so “meh” about the rest of the movie. They tried to make this movie more humorous than it actually is, which led to me not really enjoying the “funny” parts.

I was never really captivated.

The romance UGH!!!! Okay so Rose and Dimitri are my SHIP. I love them to death and I ship them so hard. I was looking forward to seeing their chemistry on screen and now I understand why people say “be careful what you wish for”. Rose and Dimitry in the movie were so AWKWARD. The age difference between them was much more marked than in the book (because he looks about 10 years older than her, instead of 7 like in the book) and I really could not feel excited for them.

There was literally zero chemistry between them which made the scenes even more awkward than they initially were. UGH just UGHHHHHH with Rose & Dimitry in this movie.

However, Lissa and Christian was a different story. Maybe because I already mentioned that I liked Christian as a character in the movie, I enjoyed his romantic scenes with Lissa. They were cute (even if I disliked Lissa) and I could actually feel Christian liking Lissa.

Vampire Academy: Blood Sisters was a disappointing start to what would have been a very succesful vampire movie franchise (I heard they started a campaign for the next movie because they didn’t have enough funding). If they hadn’t tried to give this the “Mean Girls” twist, it would have been much better. This movie also needed better casting because the actors didn’t really capture your attention at all. While there were some humorous moments, those were overshadowed by the shoddy effects, bad acting, and flimsy script. This movie needed a lot more work than what was put into it.

However… it ends in a cliffhanger, dammit! I already read the books but YOU DO NOT LEAVE A PERSON HANGING LIKE THAT. GAH.